When the Rutlish Old Boys Association was formed in July 1906, the name being changed to the Old Rutlishians’ Association in 1921, the course of events over the first 50 years of its existence would not have been considered possible.

There were two World Wars where over 150 old boys gave their lives. A ground was acquired in 1924 and a brick clubhouse was built in 1936. Membership rose from around 150 to over 700 by 1939. Football declined and disappeared by 1932 as a result of the change to rugby at the school. The period between the wars saw a significant improvement in the quality of fixtures played for both cricket and rugby sections.

Athletics was particularly strong at both the school and the Old Boys and was reflected in athletes winning Oxbridge blues, being members of the Great Britain Olympic team in 1948 and Derek Pugh winning a European Games gold medal in 1950. Tennis was well supported during the first 50 years with up to 18 courts available for play. 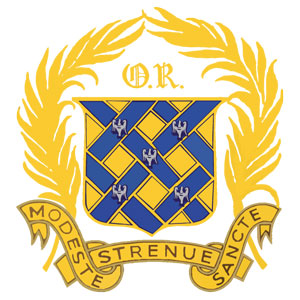 Despite post war austerity, improved facilities were added with the Memorial Lounge and upstairs changing room in the early 1950’s. Cricket and rugby both had their successes on the field of play, including the famous victory over Harlequins in the Middlesex 7’s at Twickenham, and athletics continued to be well supported and successful. Membership of the Association rose to over 1,500.

The 50th Anniversary Handbook produced in 1956 forms the basis of the story now set out for those year.

To find out more about Old Rutlishians' Association please visit their website: