Rutlish, a community of allies 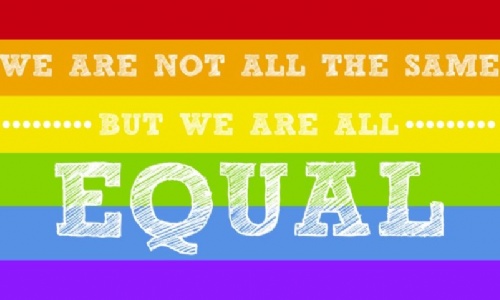 A group of our students in sixth form, RR6, have formed The Student Movement, supporting those affected by LGBTQ+ and BAME issues.

The Movement's aim is to ensure an inclusive environment within the school and the curriculum and build a community of allies; a community of people who are supportive and accepting. They see the power of an ally is being someone who can actively promote a culture of inclusion through "intentional, positive and conscious efforts for the benefit of people as a whole" (Forbes 2018).

To coincide with the "International Day against Homophobia, Transphobia and Biphobia" assembly this week introduced students to the idea of allyship, what they can do to be an ally and why it is important. The more people who are allies, the more we are able to eradicate issues such as racism, transphobia and homophobia. The key message was that being an ally is an active process.

The Student Movement are involving the whole school community with suggestions boxes around the school to collect thoughts on how they can achieve their goals.